Samnang has been advising and acting for investors and businesses, focusing on real estate, corporate​​​ set-up, corporate secretarial services and compliance, due diligence, and investment projects. Also, in his career as a practicing attorney, Samnang mostly handles family and marriage related issues both inside and outside the courts including divorces, succession, prenuptial agreements, adoptions (both domestic and cross-border), marriage registration (local and international), property division and child custody.

Samnang began his career as a legal advisor in the area of legal and judicial reform, working with various international organizations, Ministry of Justice, and courts since 2004. He is also the founding partner of SP & Partners, a registered law firm of the Bar Association of the Kingdom of Cambodia and is currently teaching business laws at the Panasastra University of Cambodia.

Samnang holds two certificates of Master of Laws from the University of Hawaii School of Law, Hawaii, United States, and the Transnational University of Laws and Business, Republic of Korea, and has attended many legal trainings within the country and abroad. 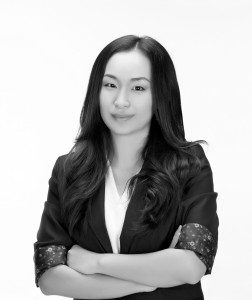 Prior to being appointed as the Deputy Director of Nitei Niron Notary Public, Linna served as Deputy Director General and Head of Legal Department of a microfinance institution, with roles of overseeing all related legal and compliance matters, including drafting and reviewing facility agreements, hypothec agreements (including hypothec registration), internal labor agreements, and internal policies.

Linna also worked as a legal advisor in a local office of a regional law firm, focusing on corporate, property, and family laws.

Linna holds a Master of Laws from the University Nagoya School of Law, Japan. 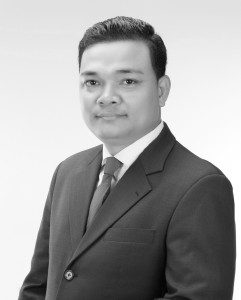 sotheaphal is a Partner and Notary Public of Nitei Niron Notary Public, in addition to being a lawyer admitted to the Bar Association of the Kingdom of Cambodia. He has been advising investors, organizations and individual clients for more than seven years. His active practice covers banking and finance (including secured financing), real estate, due diligence, telecommunications, intellectual property, labour, and merger & acquisition.

Sotheaphal possesses an extensive knowledge and experience of Cambodian law, custom, and practice. He started his legal profession in 2000, the year he obtained a Bachelor of Law, as a law clerk at a branch of an international law group before serving as a legal researcher at the National Assembly in early 2002.

After receiving an LL.M. degree from the National University of Singapore in 2004, he assisted the National Assembly’s president and secretary general on legal and foreign affairs until 2008 and worked as a legal consultant for an international firm subsequently.

Sotheaphal has written textbooks on property and labour laws, and has attended a large number of law and business workshops in Cambodia and overseas.